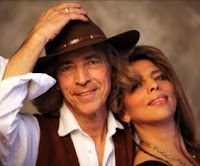 We are a musical duo with South American roots, based in Vancouver, Canada. We discovered John and Rachel in May 2013, and it did not take long for us to figure out that this couple have a long history of successful events and are hard workers with endless energy.

We joined them to help with a few projects and in turn they helped us to become known in the San Felipe community promoting and organizing some shows with us. Focus in positive actions, like recycling, music and fun social events entertains their own club members and brings the community together in a big way. Huge supporters of other artists, John and Rachel are what we call “a golden asset where ever they may be.”Definitely, we will return to join them in any new project they are involved in because they are fun and creative. If you are in Mexico or any place in the world, you can contact John and Rachel with any questions and be assured they will have the right answers and solutions. We are forever grateful to have met them. 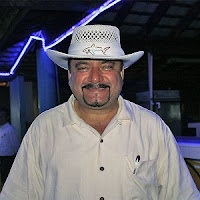 ENGLISH: From the first day I met them, they have created opportunities for entertainment and fun events that benefit both of our companies and for those who attend these creative and cultural events.

They have that creative magic to bring fun and entertainment to the waiting public. These are people who make thing happen. But most important is that it has created a friendship that I hope will last forever. Rachel and John Pack are a most industrious couple. Together we developed, promoted and marketed a music and cultural event in San Felipe, Baja California Mexico.

Designed to encourage both Mexican and American/Canadian guests for an afternoon of music, ethnic food and friendship, the Baja Latin Fest was an overwhelming success specifically because of the Pack’s business and promotional expertise. They obtained a major sponsorship with one of the largest beverage distributors in Mexico. They developed and delivered a food menu with specialties from Central and South America. They selected and coordinated all the entertainers, scheduled their housing accommodations, performance times, transport and food needs. They handled security, show set up and take down. The handled the sound and staging systems. They did it all and it was a huge success.

Their knowledge of Baja and the associated governmental offices was critical to the presentation of the show and really helped with finding governmental funds to assist in promoting the Fest. Their reliability, high ethics and honesty make dealing with them a real pleasure. 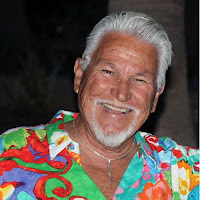 Where do I begin? I went to an event put on by John and Rachel Pack. We had a great time and were very impressed with how well the event was ran.

As time went on, we went to more event’s, big and small run by John and Rachel and all were very well planned, fun and well ran. Our lives’ have undergone so many improvement’s, and a large part of it is due to this fantastic couple. If you need an event planned and carried out, this talented couple can make it happen. They are talented and very accommodating. Their events are almost always sold out due to their well earned reputation for delivering great entertainment.

Need  entertainers, party planner, or anything? Contact them, you won’t be sorry!! 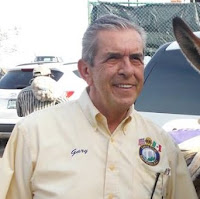 John and Rachel have contributed to the success of the San Felipe B.C. Blues and Arts Fiesta for the last eight years. They were responsible for many aspects of the event. They are professional and talented individuals. I am sure that they will succeed in any endeavor that they undertake. 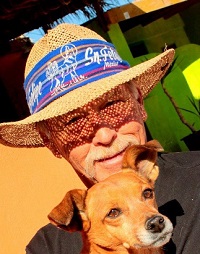 I have been involved with the Packs since I met them over 8 years ago. Over those years I have watched them produce everything from sold out club events, plays and performance arts, to horseshoe tournaments, their own Big Hat Days event to three of the biggest music festivals in the region.

I have been fortunate enough to have been the Director of Facilities for many of their events, including Lions Club’s Blues and Arts Festival, for which I held the position of Facility Director, in charge of the event grounds, setup and tear down. I am a charter member of the Lions Club International San Felipe, Baja Mexico and have been involved for nine years and am currently 3rd. Vice President.

The Packs have been co-promoting and supporting the Lions for all 8 years and have made it the largest blues event in the country. They are always professional, organized and very knowledgeable in not only the duties under my responsibility, but also the duties and tasks of all event staff.