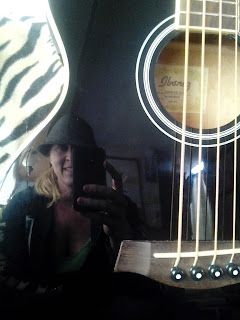 While Sixx had loved music and made many course changes, Rachel was rather different. She loved fitness, leading her to the position of Vice President of the California State Fresno Kinesiology Club. There, she worked to produce the KPC Fitness Expo for 3 years.  For the remainder of her time before Sixx, she stayed firmly in fitness and worked in many positions including head lifeguard, fitness trainer, aerobics instructor, marketing director, event promoter, technical advisor and talent manager.

Rachel is an expert at working with people and managing fundraising events, something she learned from her nearly 11 years working for the YMCA. During her time at the YMCA, she was responsible for curriculum, volunteers coordination and fitness coordinator managing a staff of 12. After graduating from Fresno State, Rachel pursued her passion as a national fitness competitor in NPC and WFA, competing and placing in Las Vegas, Florida, Alabama and other events around the country; placing in the top 3 many times.

During this time, became involved in creative media and for four years, Rachel worked for Summit Studios, and was responsible for the DVD production, graphic design and replication of all new DVD titles, and eventually took over the responsibility of distribution management, securing additional national and regional retailers.

In 2001, Sixx met Rachel at a restaurant and popular bar that was adjacent to a live music venue, where Sixx was promoting a concert series for the Fresno Weekly. It was chemistry from the start.  In 2003, Sixx and Rachel were married, not weeks after Sixx had decided to leave Ultimate Athlete magazine and instead travel the United States and produce “Bad Breed TV”, a DVD magazine on Mixed Martial Arts. The DVD series, which was sold to national retailers was produced by the two of them over the next two years. The DVD series took the two of them to gyms, arenas, swamps, and bars in 43 states and some of their exclusive footage on “Entertainment Tonight”. At the end of two years, they landed in Las Vegas.

After a year, they deciding to move back to the coast. So, they packed up and moved to Ventura California, a short distance from Sixx’s hometown of Santa Barbara. For the following two years, Sixx and Rachel became American Sailing Association certified so that they could charter sailboats. They enjoyed sailing so much, that they combined Sixx’s childhood passion for surfing and their new sailing passion, and began Channel Island Adventures; a surfing charter business. During Sixx’s mid-twenties he worked as a commercial diver, spending a lot of time around and between the Santa Barbara Channel Islands and as far south as Catalina. Their new business took surfers from around the world on multi-day trips to various surf breaks on these islands.

In 2015 they decided they wanted to sail around the world, so the planning began. The plan was to sail the world for 5 years, then return to Mexico to build a place a retire early, Rachel would be 36 and Sixx would be 47. On a trip to Baja California that same year, they discovered that not only was real estate in the US booming, but Mexico was also, and that they should consider moving to Mexico sooner than later. That next month on another trip to Baja, they found a near the beach and moved. And ever since then the Dynamic Duo has been adding new chapters to their life story, now enjoying the life of traveling Blues band "Wild Pack".
Email ThisBlogThis!Share to TwitterShare to FacebookShare to Pinterest
Labels: Wild News
Newer Post Older Post Home